The dynamic project consists of four simple masses clad with BASF Metallic Effects over a BASF Finestone Wall System. The system was selected because it provided energy efficiency and cost benefits far superior to the ACM panels originally conceptualized.

When I interviewed Robin E. Hood  (Principal at Crossroads Architecture), he stated "we were blown away by the look and the energy efficiency."

The four simple masses meet along a multi-story perpendicular mass which creates a connection to each space. The larger connector provides a common space for V.I.P. areas, repairs, and offices. The basic geometric forms with their repetition provide a sense of order and cohesiveness to the four competing high-end manufacturers' showrooms. The thoughtful design conveys an upscale minimalist architecture that showcases the premiere automobiles featured within. 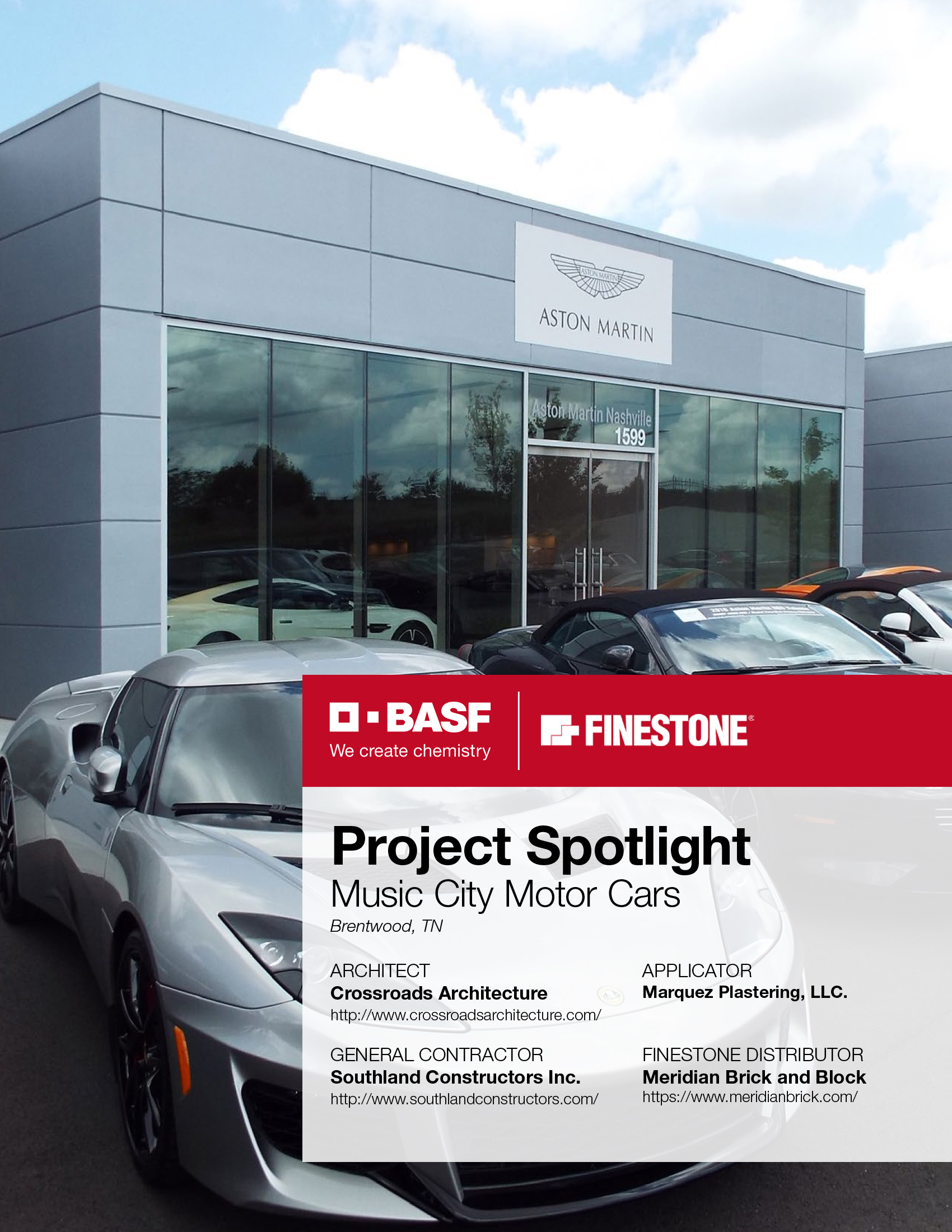 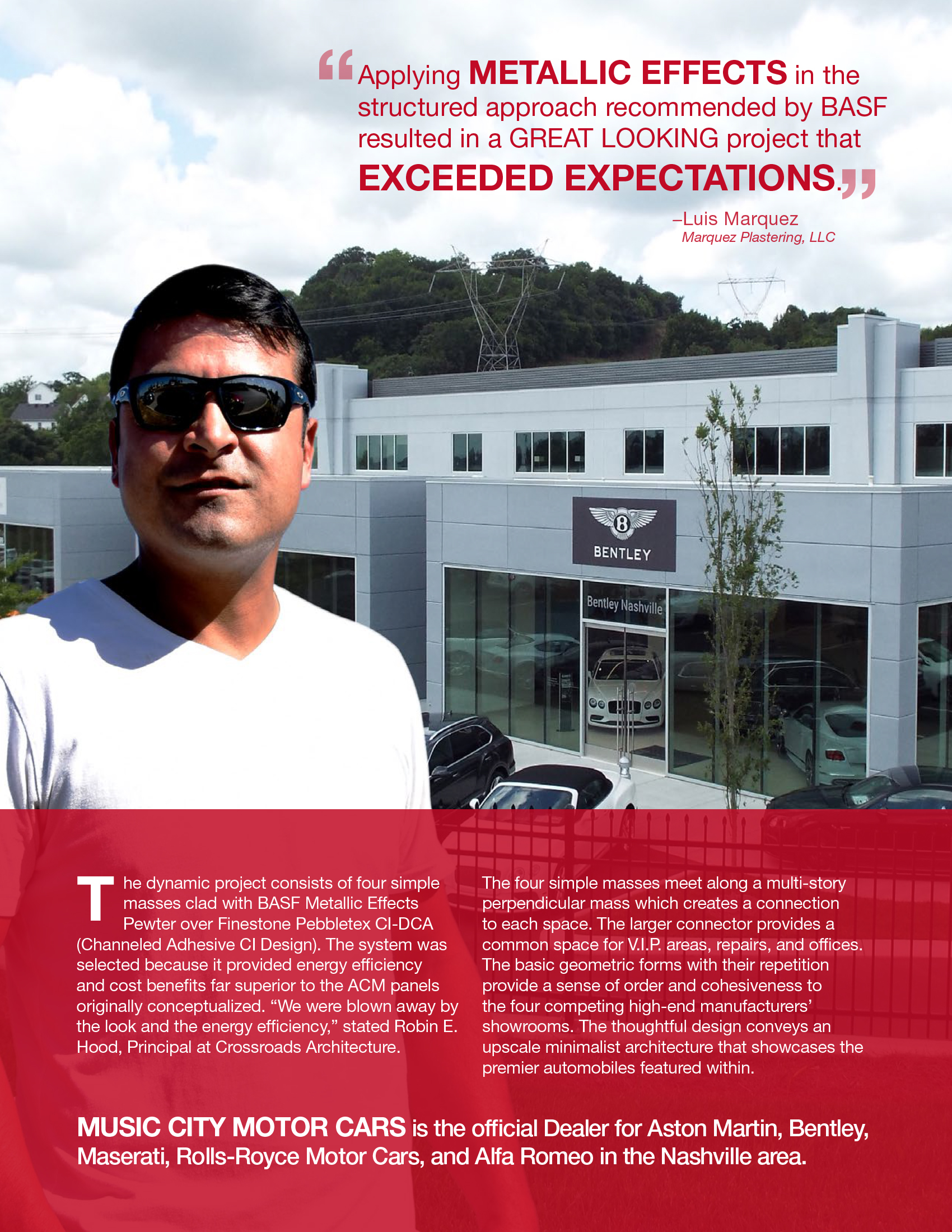 Walls and Ceilings Article – Reasons to use EIFS

George Arco graduated from the University of Florida with a Bachelor of Design in Architecture. For the past 20 years, he has worked for ENB Architects, BASF Corporation - Wall Systems, and as a freelance Communications / Design professional. He can be reached at ga@georgearco.com